Roots Bistro Gourmand opened in 2012 in a unique 100-year-old building that once housed a teahouse with a hidden speakeasy. Located in West Islip on Long Island, Roots Bistro is an upscale casual restaurant serving contemporary French Bistronomic cuisine to local residents as well as New York City’s Hamptons’ set.  Roots Bistro pays homage to the simplicity of the modest bistro while infusing gastronomic techniques. The restaurant has 67 seats enabling them to serve between 100 and 140 meals per day.

Executive Chef Philippe Corbet has more than 10 years of culinary experience. Philippe grew up in France in a family of chefs, eventually earning his chef’s degree and graduating first in his class. He went on to work in a number of Michelin-starred restaurants. Joining forces with Corbet, Chef James Orlandi, trained at the Institute of Culinary Education in New York and worked in Michelin-starred Jean George’s restaurant. Orlandi’s passion and desire to challenge the conventional helped forge a strong partnership between the two chefs.

All ingredients are sourced locally. In fact, the fresh, close to home ingredients drive the menu — so it’s a constant evolution. Everything served from drinks, sauces, infusions, jerky, and even the ketchup, is prepared fresh in house. Roots is committed to sustainability and take pride in working with local farms, wineries, butchers, and food vendors.

Their vision, “to challenge traditional philosophy with rational arguments of pure creativity,” remains constant. And thanks to Electrolux Professional kitchen solutions, Roots is able to achieve this vision. 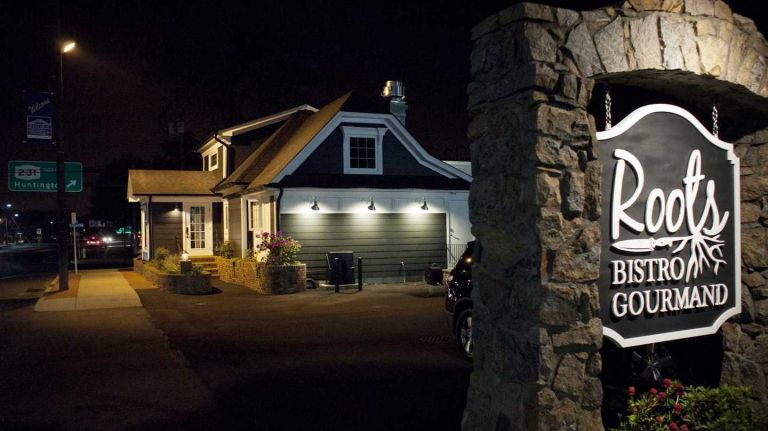 “Electrolux makes a chef’s life much easier! I can program the oven to make any recipe I want. Just press the button and it gets cooked the way I want it,” states Executive Chef Philippe Corbet.  “Electrolux makes me a better chef. I can actually push myself more.”

So intuitive and simple to use, Electrolux Professional equipment helps chefs further advance their craft and hone their skills.

Laundrylux is closely monitoring all updates provided by the CDC and other public health agencies following the recent coronavirus outbreak. The safety and well-being of our employees, customers, and the community at large is our top priority in these critical times. Many major cities, counties, and states across the country have declared laundromats an “essential service” to ensure that communities have access to laundry facilities.

Discover the current situation in your area.
+